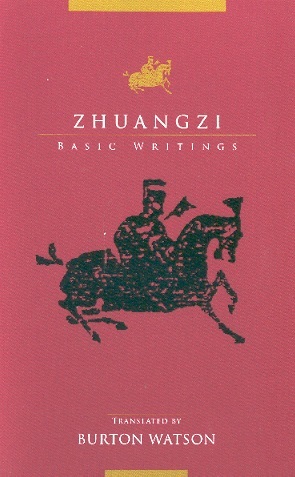 Only by inhabiting Dao (the Way of Nature) and dwelling in its unity can humankind achieve true happiness and freedom, in both life and death. This is Daoist philosophy's central tenet, espoused by the person—or group of people—known as Zhuangzi (369?–286? BCE) in a text by the same name. To be free, individuals must discard rigid distinctions between right and wrong, and follow a course of action not motivated by gain or striving. When one ceases to judge events as good or bad, man-made suffering disappears, and natural suffering is embraced as part of life.

Zhuangzi elucidates this mystical philosophy through humor, parable, and anecdote, using non sequitur and even nonsense to illuminate truths beyond the boundaries of ordinary logic. Boldly imaginative and inventively written, the Zhuangzi floats free of its historical period and society, addressing the spiritual nourishment of all people across time. One of the most justly celebrated texts of the Chinese tradition, the Zhuangzi is read by thousands of English-language scholars each year, yet, until now, only in the Wade-Giles romanization. Burton Watson's conversion to pinyin in this book brings the text in line with how Chinese scholars, and an increasing number of other scholars, read it.