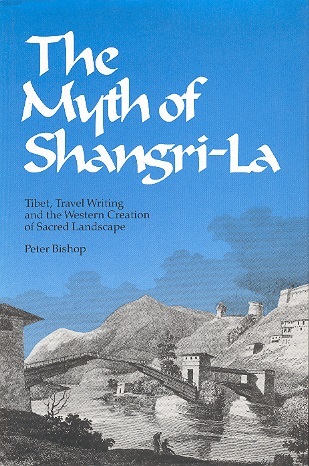 Shangri-la. An arcadia hidden in a remote, secluded valley. A vast, wind-swept plain cradled among the far away peaks of the Orient. Tibet. Beginning almost as a mere rumor in the mid-eighteenth century, Tibet evolved over the next century of industrialization into one of the last great sacred places of Victorian romanticism, taking on much of the mystery, power, and ambiguity of more traditionally experienced sacred spaces. In this masterful study, Peter Bishop examines Western travel writings on Tibet to trace the creation, fulfillment, and decline of the landscape of this fantastic place.
Bishop shows that travel does not discover worlds, but rather constructs them. He takes the Jungian stance that each Tibet has been the creation of the unconscious at work in the representatives of an era, imaginative practices coming to be understood as truth, truth subject to repeated revision. Each generation of writers reveals preoccupations, unfulfilled wishes, fears, and hopes as the unconscious is made conscious by its projection onto Tibet. By following the trail left by Western missionaries, soldiers, diplomats, mystics, traders, adventurers, and poets, Bishop uncovers the deep structure of the European imagination and plots its transformation in the making of the Tibetan myth.
The Myth of Shangri-la is not so concerned with the historical details of the exploration and development of Tibet as with the phenomenology of the imagination, the way Tibet was experienced and imagined in the Western world order. Bishop looks at where travellers were coming from more than where they were going, and in doing so he delineates the complex relationship among cultural imagination, physical landscape, and the sense of the sacred. His rich narrative and sustained recourse to diaries, letters, histories, and works of fiction make this a fascinating book that will be of interest to anyone interested in European cultural history and in the powers of the imagination.