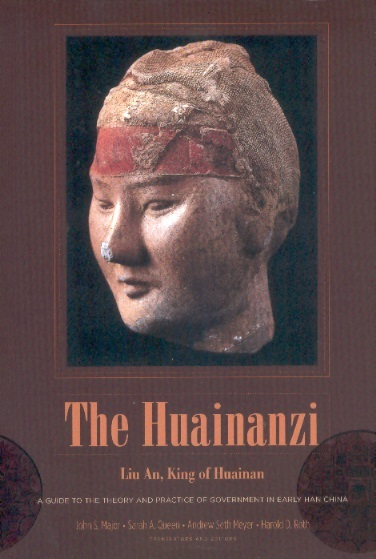 The Huainanzi: A Guide to the Theory & Practice of Government in Early Han China

Compiled by scholars at the court of Liu An, king of Huainan, in the second century B.C.E, The Huainanzi is a tightly organized, sophisticated articulation of Western Han philosophy and statecraft. Outlining "all that a modern monarch needs to know," the text emphasizes rigorous self-cultivation and mental discipline, brilliantly synthesizing for readers past and present the full spectrum of early Chinese thought.

The Huainanzi locates the key to successful rule in a balance of broad knowledge, diligent application, and the penetrating wisdom of a sage. It is a unique and creative synthesis of Daoist classics, such as the Laozi and the Zhuangzi; works associated with the Confucian tradition, such as the Changes, the Odes, and the Documents; and a wide range of other foundational philosophical and literary texts from the Mozi to the Hanfeizi.

The product of twelve years of scholarship, this remarkable translation preserves The Huainanzi's special rhetorical features, such as parallel prose and verse, and showcases a compositional technique that conveys the work's powerful philosophical appeal. This path-breaking volume will have a transformative impact on the field of early Chinese intellectual history and will be of great interest to scholars and students alike.