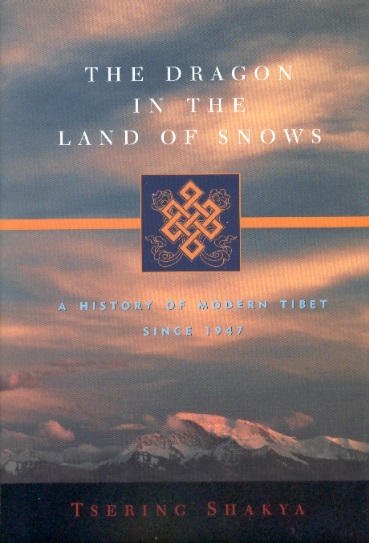 Since 1950, Tibet has been sandwiched between the heavyweights of Asian geopolitics: Britain, absolving itself of its colonial dominion; India, finding its legs as a newly independent nation; China, seeking to simultaneously consolidate its new communist regime and engender a "motherland"; and the United States, striving to contain the perceived threat of international communism. Tsering Shakya here gives a balanced, blow-by-blow account of Tibet's desperate attempts to maintain her independence and safeguard her cultural identity.

The Dragon in the Land of Snows provides

 the first detailed account of the behind-the-scenes political developments in Tibet and the Tibetan, Chinese, and British personalities involved;

 the first complete account of the CIA's involvement in Tibet and the establishment of a secret military base in the Nepalese Himalayas;

 the first description of Indian prime minister Jawaharlal Nehru's involvement following the Chinese invasion, and his failure to recognize the truth of what was happening in Tibet;

 the first account of the power struggles during the Cultural Revolution and of the mass uprising against the Chinese that has remained secret until now;

 the first detailed account of the negotiations between the Dalai Lama and the Chinese government during the late 1970s and early 1980s; and

 the first full assessment of the agenda behind the current and future developments in Tibet.

With careful and thorough documentation, the author details the Chinese depredations of Tibet and the many concomitant shifts in policy and political fortune. However, he also reveals the failures of the Tibetan leadership's myopic and divided strategies to engage the Chinese by on the one hand pursuing a policy of coexistence with communist China and on the other trying to preserve her unique identity as a Buddhist state under the leadership of the Dalai Lama.

Charting a clear course through the intricacies of the historical record, Shakya lucidly depicts the tragedy that has befallen Tibet and outlines the conflicting geopolitical forces that continue to shape the aspirations of the Tibetan people to this day.