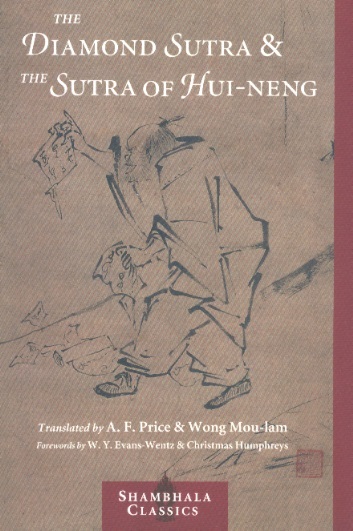 The Diamond Sutra & the Sutra of Hui-Neng

The Diamond Sutra, composed in India in the fourth century CE, is one of the most treasured works of Buddhist literature and is the oldest existing printed book in the world. It is known as the Diamond Sutra because its teachings are said to be like diamonds that cut away all dualistic thought, releasing one from the attachment to objects and bringing one to the further shore of enlightenment. The format of this important sutra is presented as a conversation between the Buddha and one of his disciples.

The Sutra of Hui-neng, also known as the Platform Sutra, contains the autobiography of a pivotal figure in Zen history and some of the most profound passages of Zen literature. Hui-neng (638–713) was the sixth patriarch of Zen in China but is often regarded as the true father of the Zen tradition. He was a poor, illiterate woodcutter who is said to have attained enlightenment upon hearing a recitation of the Diamond Sutra. Together, these two scriptures present the central teaching of the Zen Buddhist tradition and are essential reading for all students of Buddhism.