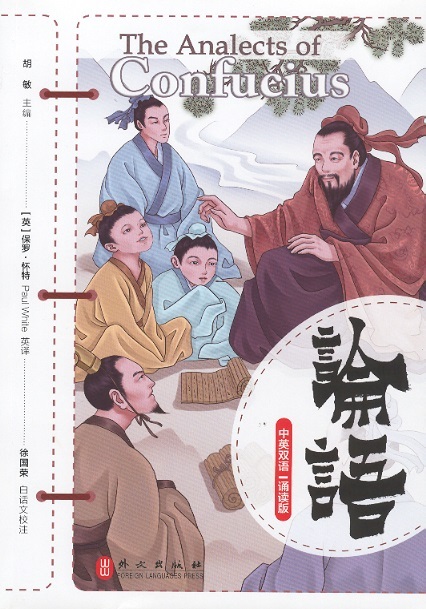 論語 The Analects of Confucius (Chinese-English Edition With Pinyin)

The Analects of Confucius is mainly a record of the words and deeds of Confucius and his disciples. Confucius (551-479BC) was ancient China's most outstanding thinker and educator, as well as the founder of the Confucian school of thought. The ideological core of The Analects of Confucius is ""Ren"" (""Benevolence""), a concept which, as the representative of Confucian thought, became one of the important fountainheads of traditional Chinese culture. Just as the saying passed on from ancient times goes, ""With only half of The Analects of Confucius you can rule the world,"" this classic is indispensable reading for understanding Chinese culture. Indeed,it has a profound influence on both Chinese and other cultures worldwide Based on the traditional interpretation of The Analects of Confucius, this book is the first to present bilingual versions of the text in recitation form. This authoritative reference edition contains the original text, its pinyin transcription and a translation into modern Chinese, following strict textual collation and checking, so that it is not only not deficient in scholarly rigor but its language is fluent and up-to-date In particular, the English-language version, the responsibility of British translator Paul White, is authentic and precise. The style is refined and stimulating, authoritative and innovative This book's method of presentationChinese-English bilingual translation combined w