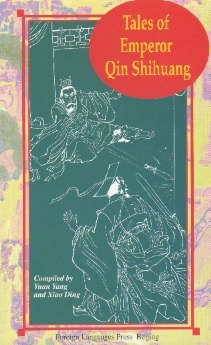 Emperor Qin Shihuang is known to everyone in China. He was born in 259 B.C. and became king of the state of Qin at the age of 13. In 221 B.C. he established the Qin Dynasty, the first centralized and unified regime in the history of China. His merits and demerits have brought him both praise and blame down through the ages. He has been honored as a remarkable emperor and denounced as a tyrant.

Some of the stories in this book come from historical records which serve to silhouette the life of Emperor Qin Shihuang, and some are based on popular legends, adding highly colored details about him and reflecting the feelings and hopes of ordinary people. These two sources complement each other for a comprehensive look at Qin Shihuang and his world.