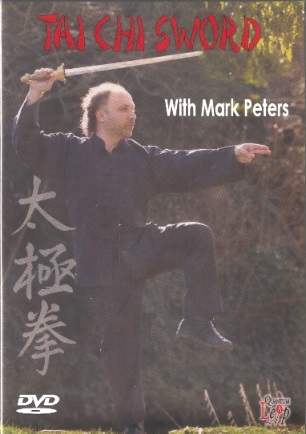 Leading tai chi practitioner Mark Peters introduces Tai Chi sword forms. This is a rare opportunity to learn both the traditional 54 step Yang style Tai Chi Straight Sword and 32 step Yang style Tai Chi Broad Sword. Both forms are taught in detail and also include beginners training forms for clarity of important points.Example applications are shown to help give a little clarity to their effective use. Designed for practitioners of all levels, beginners to advanced, the form is shown from two camera angles followed by demonstrations from in front and behind for clarity. Peters, is the Principle Instructor for the Kai Ming Association for Tai Chi Chuan. He has been studying and practicing the art for many years and is the senior instructor for the Cheng Man Ching style of Tai Chi Chuan (Taijiquan) in the Midlands. He has trained extensively throughout the UK and Far East and has direct lineage back to the founder, Grand-Master Cheng Man Ching of Taiwan. He is the only westerner to have been elected vice-president of the World Tai Chi Federation (Taiwan).