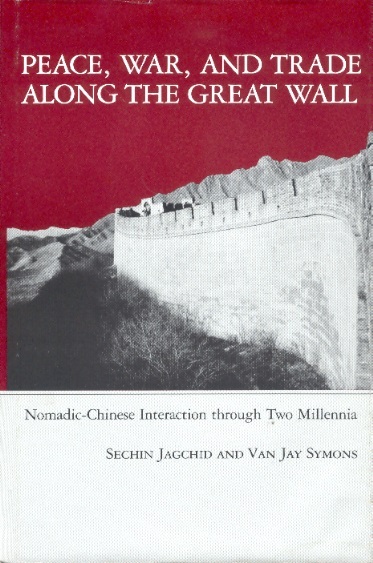 In 1577, during a great court debate over the formulation of china's policy toward its nomadic neighbors, the Ming scholar-official Feng Feng-shih observed: "When there are markets and tribute, there is no war." For two millennia, tension between nomad and chinese along China's northern frontier threatened to erupt into war, and for two millennia, the essential element determining whether peace or war existed was trade. This fascinating book tells the story of the centuries-long confrontation along the Great Wall of China.