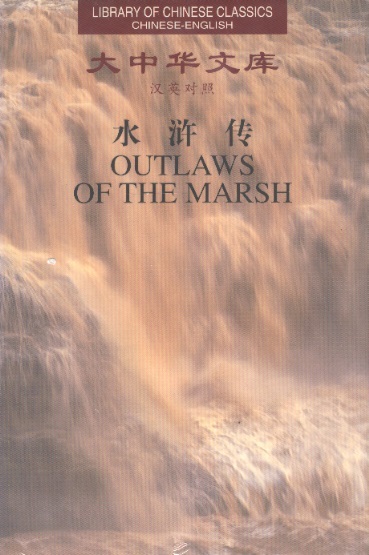 One of the best known and best loved of the ancient Chinese novels which have come down through the ages. Outlaws of the Marsh is set mainly in the final years of Hui Zong, a Song Dynasty emperor who reigned from 1101 to 1125. It tells why and how one hundred some-old men and women banded together on a marsh-girt mountain in what today is Shandong Province, became leaders of an outlaw army of thousands and fought brave and resourceful battles against pompous, heartless tyrants. Historians confirm that the story is derived from fact. Some of the events actually happened, some of the persons actually existed. Their rebellious deeds struck a responsive chord in the oppressed masses and gradually evolved into folk legends. Professional story-tellers further dramatized and embellished them in performances at market fairs and amusement centers. Elegant Chinese prose with an exciting, twisting story, will keep you coming back for more every time. A novel of political corruption, murder, love,