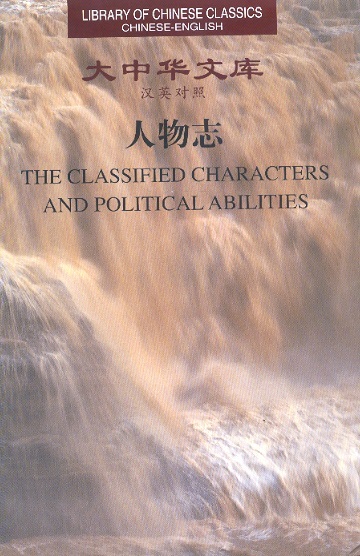 The Classified Characters and Political Abilities consisting of a preface and 12 texts divided into three volumes, is composed by Liu Shao (about 180 A.D.- 245 A.D.), in the period of Wei (one of the Three Kingdoms). This book is annotated by Liu Bing (about 365 A.D.- 440 A.D.), a scholar in the Northern Wei. It is the earliest works in China that gives a clear and systematic exposition of the talent, personalities, and political achievements of different figures. The author starts with analyzing the relationship between men's internal substances (including the inner world and spiritual quality) and men's external manifestations (including appearance, linguistic habits and behavior).Then he classifies people into different types. He makes a profound study of the individual temperament, psychology, character, as well as the different roles played by people of different abilities and temperament in the social and political development. Furthermore, the author also gives brilliant analyses and discussions of the talent-identifying methods, the mistakes often made in the process of identifying the talents, the reason why talents are often neglected, and the debating skills and techniques.