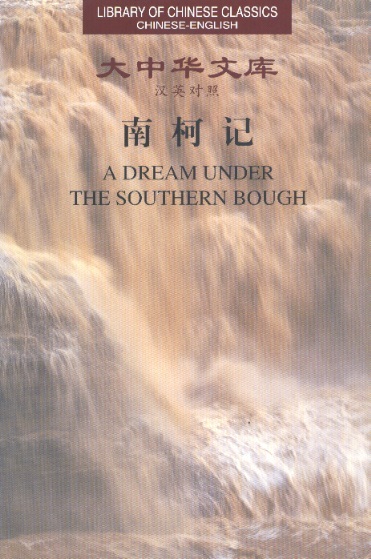 Library of Chinese Classics: A Dream Under the Southern Bough (Chinese-English Edition)

A Dream under the Southern Bough, written in 1600, is a representative work of Tang Xianzu, a distinguished playwright of the Ming Dynasty (1368-1644).
The play is about a dream, in which the hero, a discharged army officer named Chunyu Fen, dreams that he enters an ant hole, and ends up marrying the daughter of the king of the ants. The king appoints Chunyu Fen to a high position in his administration…
The play is known as one of "the four dreams".