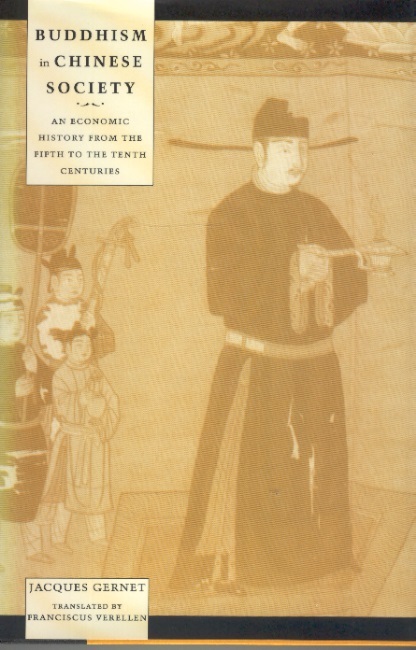 This seminal study of the religious and economic history of Buddhism by the premier French sinologue has for decades been considered an unsurpassed classic. Here, for the first time, it is available to English-language readers in an updated edition.
The fifth through tenth centuries were the period of the greatest expansion of the Buddhist Church in China. Monastic estates controlled a sizeable share of the economy, owning a considerable amount of land and agricultural and manufacturing enterprises. Gernet examines the religious and economic aspects of the society dominated by this power, and explores the Church's effect on Chinese thought and culture.
A much broader historical overview than many works that discuss the economic intricacies of Buddhism in China, Buddhism in Chinese Society interweaves an understanding of social and political organization, Buddhist religious philosophy and doctrine, legal tenets, customs of the day, and many other significant layers of Chinese culture.
Drawing largely upon primary sources - from the work of official Chinese historians to the writings of Buddhist monks - Gernet demonstrates the far-reaching influence of Buddhism on the economic development of China during a time when the religion was growing at an unprecedented rate among all levels of society. Buddhism in Chinese Society looks at state and imperial policy but also delves into the lives of villagers far away from the major centers of religious and economic power.
Translated and revised by respected scholar of Chinese religions Franciscus Verellen, who has worked closely with Gernet, this edition includes new references, an extensive, up-to-date