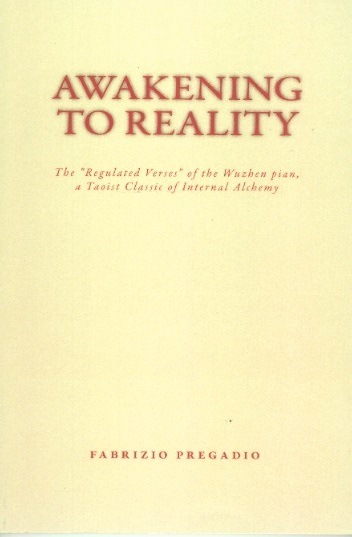 Awakening to Reality-The "Regulated Verses" of the Wuzhen pian, A Taoist Classic of Internal Alchemy

Awakening to Reality (Wuzhen pian) is one of the most important and best-known Taoist alchemical texts. Written in the eleventh century, it describes in a poetical form, and in a typically cryptic and allusive language, several facets of Neidan, or Internal Alchemy. This book contains a translation of the first part of the text, consisting of sixteen poems, which provide a concise but comprehensive exposition of Neidan. In addition to notes that intend to clarify the meaning of the more obscure points, the book also contains selections from Liu Yiming's commentary, dating from the late 18th century, which is distinguished by the use of a lucid and plain language.