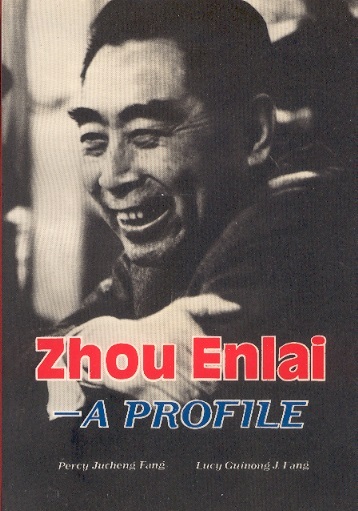 ZHOU ENLAI-A PROFILE is packed with insights and delights from the first page to the last, written with a great warmth of feeling for the man and statesman still reverenced in China as the "Beloved Premier". Perhaps no other modern world figure has been so universally mourned by his people as Zhou was when he died of cancer in Janauary 1976.

This book,commemorating the tenth anniversary of his death, fills a most timely need: for understanding of the new China that Zhou Enlai, Mao Zedong and their comrades fought for decades to bring into existence and today's China, embarked on a vast modernization effort that carries the unmistakable imprint of Zhou Enlai's political and executive genius.

The authors possess an expert knowledge of the China scene, having worked continually in the country for thirty years, yet they are also familiar with Western audiences, as they have lived for long periods abroad. This informal biography of China's most outstanding diplomat and head of government is a product of their crystallized experience gained in both the East and the West.

Written in English -not a translation- this new look at Zhou Enlai is offered especially to Western readers. No other book on this extraordinary man has so many telling, human anecdotes or such a trenchant comparison of Zhou Enlai and Mao Zedong -their different backgrounds, their lasting patnership, their particular strengths and archievements, and their respective weaknesses and failures. The analysis of the two men makes fascinating reading.