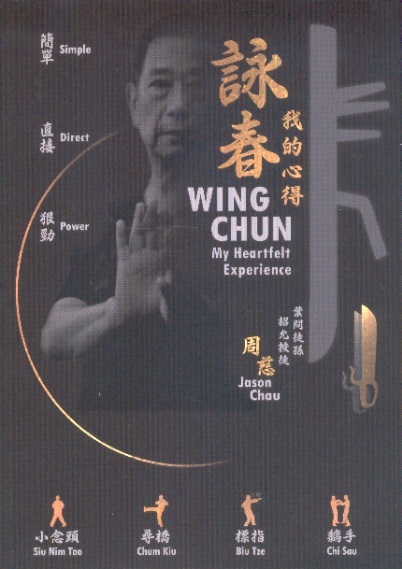 Growing up in the 60's in Hong Kong,I was like every other teenager in the neighbourhood,who loved watching kungfu movies. I would try some of the moves on my own, and sometimes grab my younger brother to play the opponent. I was particularly interested in the style of Wing Chun; perhaps it was its quickness and Bruce Lee that captured my attention, and I was eager to navigate and learn more about this form of physical combat. My journey with the art of Wing Chun began when one day my younger brother, Stanley Chow Ngok, introduced me to Sifiu, Chiu Wan. Sifu Chiu liked what he saw in me, and in 1963, I formally became Chiu Wan's student. After five decades of selfpractice, study and exploration of the techniques used in wing chun, I decided to write down what!know, sharing my insights and understanding of this fascinating wushu to all wing chun enthusiasts in the world.