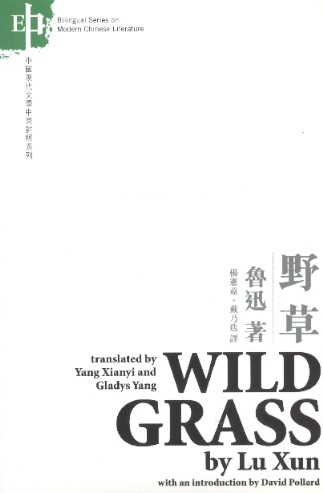 A towering figure in the literary history of twentieth-century China, Lu Xun has exerted significant and continuous influence through his short stories, which remain as powerful today as when first written. Echoes of these stories are audible in fiction from both sides of the Taiwan Strait.

Like many Chinese intellectuals searching for a solution to China's problems, Lu Xun went to Japan to study medicine, which he later abandoned for a career in writing. As a writer he hoped to be a far more effective weapon in the effort to save China. A prolific author of pungent and "dagger-like" essays, Lu Xun was also a tireless translator of Western critical and literary works. "Wild Grass" is a collection of twenty-three prose poems written between 1924 and 1926.