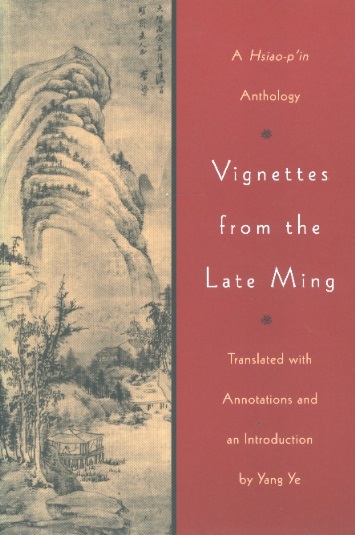 This anthology presents seventy translated and annotated short essays, or hsiao-p'in, by fourteen well-known sixteenth- and seventeenth-century Chinese writers. Hsiao-p'in, characterized by spontaneity and brevity, were a relatively informal variation on the established classical prose style in which all scholars were trained. Written primarily to amuse and entertain the reader, hsiao-p'in reflect the rise of individualism in the late Ming period and collectively provide a panorama of the colorful life of the age. Critics condemned the genre as escapist because of its focus on life's sensual pleasures and triviality, and over the next two centuries many of these playful and often irreverent works were officially censored. Today, the essays provide valuable and rare accounts of the details over everyday life in Ming China as well as displays of wit and delightful turns of phrase.