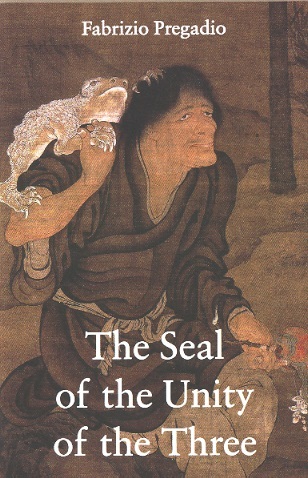 The Seal of the Unity of the Three, Vol. 1: Study & Translation of the Cantong Qi, the Source of the

Taoist Way of the Golden Elixir

Under an allusive poetical language and thick layers of images and symbols, The Seal of the Unity of the Three (Cantong qi) hides the exposition of the teachings that gave birth to Taoist Internal Alchemy, or Neidan.

Traditionally attributed to Wei Boyang and dated to about 150 CE, The Seal of the Unity of the Three is concerned with three major subjects — Taoism (the way of "non-doing"), Cosmology (the system of the Book of Changes), and Alchemy — and joins them to one another into a unique doctrine. The charm of its verses, the depth of its discourse, and its enigmatic language inspired a large number of commentaries and other works, and attracted the attention not only of Taoist masters and adepts, but also of philosophers, cosmologists, and poets.

In addition to a complete translation, this book contains a detailed introduction to the history and the teachings of The Seal of the Unity of the Three, explanations of each of its sections, and notes on its verses. Also included are several tables and pictures, an index of main subjects, and the complete Chinese text.