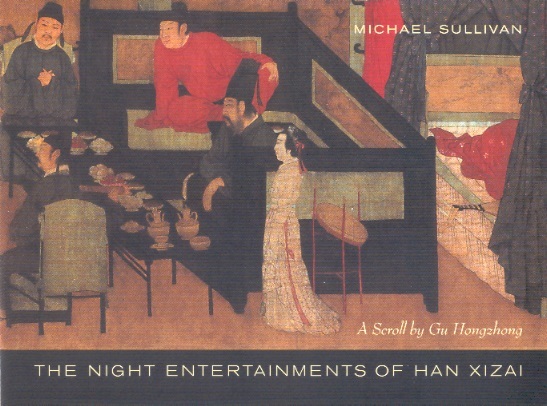 The Night Entertainments of Han Xizai-A Scroll by Gu Hongzhong

In this beautiful and concisely focused book, eminent art historian Michael Sullivan guides the reader through a single masterwork of Chinese art, The Night Entertainments of Han Xizai. Attributed to the artist Gu Hongzhong, this Five Dynasties handscroll portrays the scandalous private life of Han Xizai, senior minister to three "emperors" of the Southern Tang Dynasty in the mid-tenth century. Writing in the engaging style that has become his hallmark, Sullivan recounts the story of the production of this important painting, memorably evoking the mood of the peaceable kingdom in the years before its conquest by the newly established Song Dynasty in 975, a disaster that Han Xizai did not live to see. As the first scholar to include in his discussion nearly all the known versions of this famous scroll, Sullivan powerfully demonstrates how the life of a great painting has often been extended via copies and reinterpretations in later centuries.