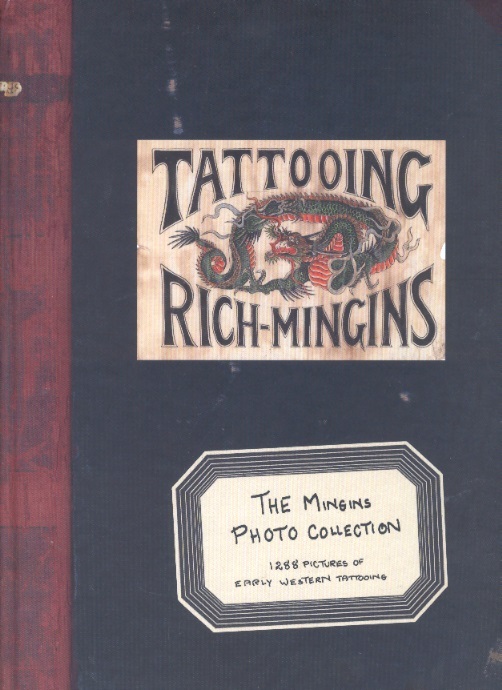 "A very quiet man, smoking all the time. He used to tattoo while seated on a little bench in the back room of his house at 59 Redfern Road, Harleston, in London, while his wife busied herself in the kitchen. There was no flash on the wall, just a book on the table and on the side of his bench he had a roll of paper towel, actually a toilet roll. It was a small room. You had to wait outside. You could not go in until someone came out. There not much to tell about Rich Mingins," recalls George Bone, whose body is adorned with examples of Mingins's work. Tattoo artist George Bone is one of the few surviving people with tattoos by Mingins, who was an enigmatic man about whom very little is known. "When he was doing his tattoos, he actually never spoke. His work spoke for itself."

And that it did. Mingins's work was extremely popular in his time. "His artistic work and custom designs were of high quality, and really stood apart from work of other tattoo artists," states Bone, "I had the impression, perhaps mistakenly, that he was the type of man who would say no to an interview, so it's not surprising that so little is known about him."

Mingins's scrapbooks convey a beautiful overview of the world of tattoos and attitudes toward them during the first half of the 20th century.