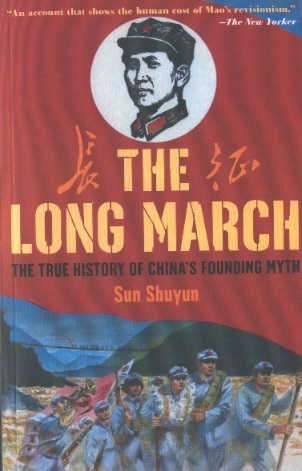 In The Long March, Sun Shuyun uncovers the true story behind the mythic march of Mao's soldiers across China, exposing the famine, disease, and desertion behind the legend.In 1934, in the midst of civil war, the Communist party and its 200,000 soldiers were forced from their bases by Chiang Kai-shek and his Nationalist troops. Led by Mao Tse Tung, they set off on a strategic retreat to the barren north of China, thousands of miles away. As Sun Shuyun travels along the march route, her interviews with survivors and villagers show that the forces at work during the days of the revolution – poverty, sickness, and Mao's use of terror, propaganda, and ruthless purges – have shaped modern China irrevocably. Uncovering the forced recruitment, political infighting, and futile deaths behind the myth, Shuyun creates a compelling narrative of a turning point in modern Chinese history, and a fascinating journey that spans China, old and new.