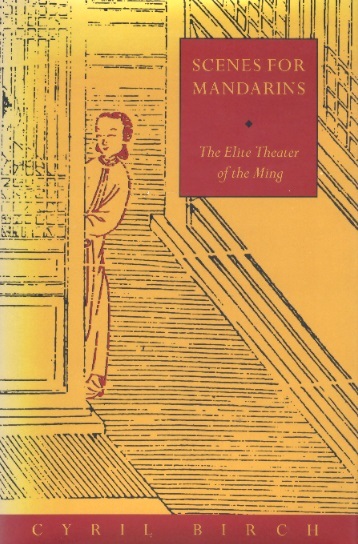 Scenes For Mandarins-The Elite Theater of the Ming

Ming drama represents the classical Chinese theater at its most mature and exquisite. Between 1368 and 1644, more than four hundred playwrights produced over l,500 plays, ranging from one-act skits to massive, operatic works with fifty scenes or more. As a performing art, Ming theater - with its polished singing, enchanting music, fantastic plotting, and intricate choreography - has never been surpassed.
In China, well-known Ming plays are common cultural reference points to this day, and favorite scenes still form staples of the classical repertoire. But although a handful of plays have been translated in their entirety, until now there has been no general critical introduction to the subject available to readers in English.
Scenes for Mandarins fills this need, surrounding translated highlights from six of the best-loved plays of the Ming period with lively, entertaining commentary on each play. The narrative of pioneer Ming scholar Cyril Birch provides the context necessary to help Western readers grasp the scope of a genre that spanned the great diversity of Chinese society - from the popular to the elite; from the poor, arid northern regions to the lush gentility of the south.