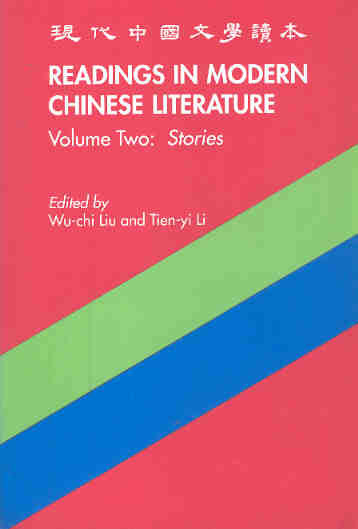 Readings in Modern Chinese Literature is designed as a textbook for the student who, after two or three semesters of intensive study, has acquired a knowledge of colloquial Chinese and is now ready to approach reading original plays, poems, stories and essays. The volume dealing with fiction presents fourteen short stories with notes and introductions. The major writers of the modern period, such as Lu Hsun, Mao Tun, Lao She, Pa Chin, Ting Ling and others are included. The other two volumes in the series are devoted to plays and poems (Volume 1) and essays (Volume 3).