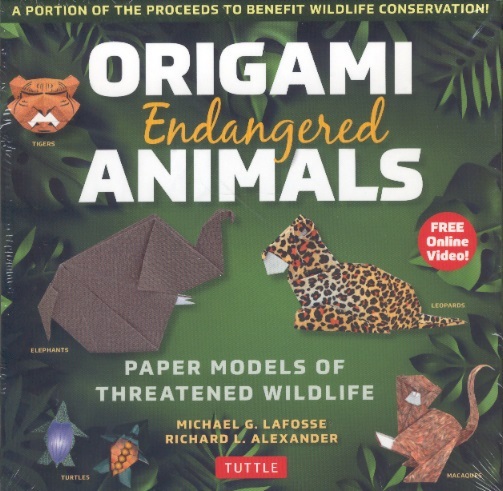 This origami kit includes everything you need:

The 12 animals featured in this kit range from the diminutive Macaque to the massive Blue Whale, and also include:

These fun-to-fold paper animals are an ideal way to bring natural beauty into your home or office, while also highlighting the plight of endangered wildlife species. Animal figures are the most popular form of origami, and now anyone can use them to learn more about these important species.