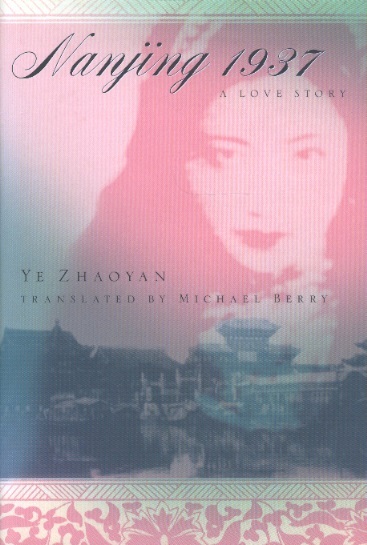 Set on the eve of the Rape of Nanjing―when Japanese troops invaded the historic capital city, massacred hundreds of thousands, and committed thousands of rapes―Nanjing 1937 is a tender and humorous story of an impossible love and a lively, detailed historical portrait of a culture on the verge of rupture.

The novel centers on the life of Ding Wenyu, a privileged, womanizing, narcissistic professor of languages, and traces the course of the affair that transforms him from outlandish rake to devoted lover. Throughout the story, Ding's often comically unabashed "romantic offensive" toward a much younger woman, Ren Yuyuan (with whom he brazenly falls in love on the day of her wedding to another man), echoes the acts of war unfolding around him as the Japanese close in, even as he himself remains largely oblivious to the coming onslaught.

Known for his stylistic innovation, Ye Zhaoyan creates tragic and endearing characters while vividly capturing the daily life of 1930s wartime China. "I find myself unable to truly understand that history that historians call history," Ye has observed. "All I see are shattered pieces and broken fragments, and a handful of melancholic stories destined to come to naught, all quietly playing out upon the grand stage of history." This historiography of despair achieved its most poignant expression in 1996 with the Chinese publication of Nanjing 1937: A Love Story, which immediately became a bestseller, hailed by critics as a masterpiece of contemporary Chinese literature.

Now translated into English for the first time, informed by meticulous historical research and tinged with the author's unique brand of humor, Nanjing 1937: A Love Story is a work of fiction unlike any ever seen. This epic story of a man and a woman who discover love in a time of fear and uncertainty announces the arrival of major voice on the international literary scene.