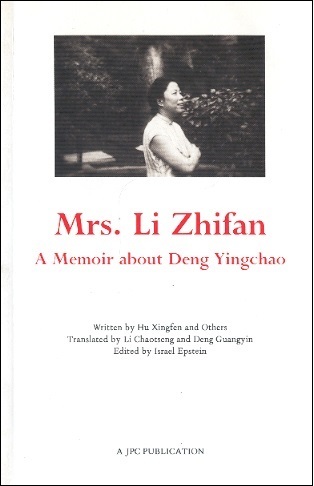 Deng Yingchao, one of the outstanding women of China and leading member of its Communist Party, is the widow of the late great Premiet Zhou Enlai. In 1937, when the Japanese militarists launched their all-out assault on China, she was living incognito in a Beiping (Beijing) snatorium, recovering from the tuberculosis which had afflicted her on the world-famous Long March. Mrs. Li Zhifan was the name she assumed.