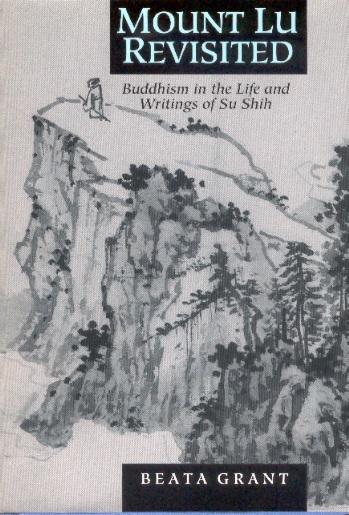 Su Shih (1037-1101) is regarded as one of the greatest Chinese literary and intellectual figures not only of the Northern Sung but of all time. He has been the subject of many studies but, until now, none have attempted to address fully the vital question of Buddhism in his work. Beata Grant has uncovered among Su Shih's voluminous writings an extraordinarily wide range of Buddhist-related poems, hymns, essays, and other writings that attest to Buddhism's importance in the literary culture of this period. In Mount Lu Revisited, Grant significantly alters current perceptions of both Su Shih and of high Sung culture by showing the deep and pervasive influence of Buddhist language, imagery, and ideas on Su's work.
The study opens with a concise overview of the complex and multifaceted but little-studied world of eleventh-century Chinese Buddhism and Su's role within it. This is followed by a detailed study of the ways in which the nature of this great poet's engagement with Buddhism was shaped by the constantly changing circumstances of his life and how these changes are reflected in his art. What emerges is a vivid portrait of Su's struggle to resolve creatively the psychological, intellectual, and spiritual tensions in his life, including the classic tension between a world-centered Confucianism and Buddhism's promise of personal liberation. Because many of these struggles reflect larger ones taking place in eleventh-century China as a whole, the light thus shed on Su Shih's life and art also illumines the relation between religious and literary culture during this time. This original and comprehensive work will be of interest not only to students of Su Shih and Sung literature but to all those broadly interested in this important period of Chinese medieval history.