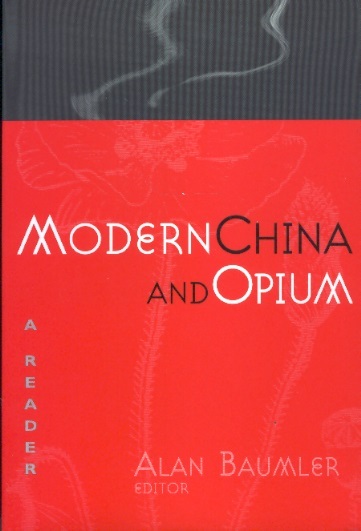 The Chinese struggle to create a modern nation was tied closely to the opium trade. Throughout much of the nineteenth and early twentieth centuries, China's economy, politics, and society were steeped in opium and opium money. All of China's modern governments took the crusade to liberate the nation from this "plague" as one of their essential tasks. However, the opium problem proved to be more complex than many had imagined. There was much disagreement over both the nature of the problem and the solution. Was opium a relatively harmless substance--only a danger to the weak-willed--or a poison that would inevitably destroy the nation? How could the state control this slippery substance and the people who used it? These were more than abstract questions, as all Chinese states profited from the opium trade and most Chinese either used the substance or knew people who did.
By presenting a selection of original source readings from the Qing dynasty, the Republic, and the Communist government, this book makes comprehensible the many debates among Chinese involving opium in the modern period. The readings are drawn from a variety of sources including memoirs, diplomatic reports, and journals. It will be of particular interest to students of modern China.
Alan Baumler is Assistant Professor of History, Indiana University of Pennsylvania.