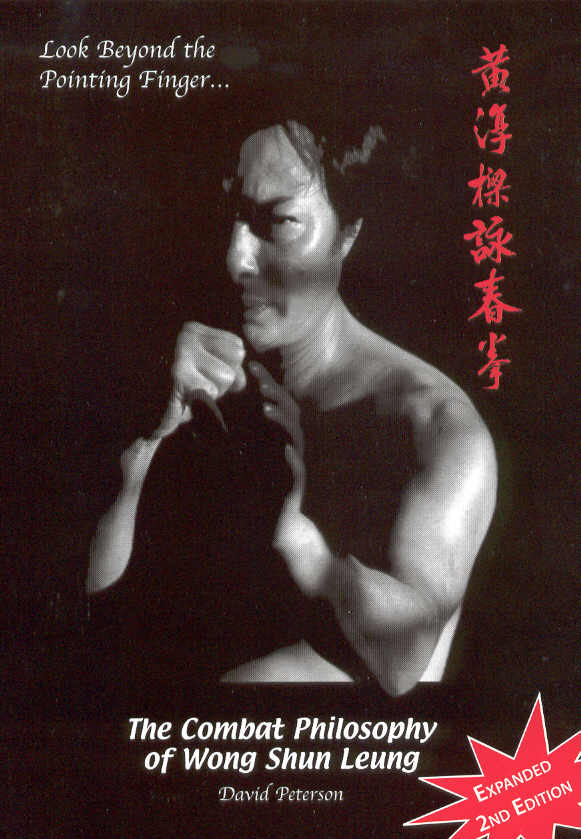 The Chinese martial art of Wing Chun Gung-fu is one of the most popular combat systems being practiced today. The late Grandmaster of the art, Ip Man, who first brought Wing Chun to Hong Kong in 1949, and his famous student, the late Bruce Lee, are well known exponents of the system. Lesser known outside of Hong Kong, but equally deserving of recognition for his excellence as a fighter and teacher, is the subject of this book, the late Wing Chun master, Sifu Wong Shun Leung. In this volume, the first of its kind in the English language, author David Peterson, student of Sifu Wong and prolific writing on the "WSL Way" in many international publications, presents the personal wisdom of one of the last great warriors of the 20th Century. Profusely illustrated with many photographs exclusive to the author, 'Look Beyond the Pointing Finger: The Combat Philosophy of Wong Shun Leung' is a book from which martial artists of any system, especially of Wing Chun, will gain both inspiration and a greater insight into the development of their own Personal Protection skills. "From the perspective of a museum curator, I know the power of historical communications. I can think of no one better qualified and prepared (than the author) to accurately prepare history's first biography of Wong Chun Leung" - Sifu Benny Meng Curator, Ving Tsun Museum "More that any of Wong's other students, David Peterson has dedicated himself to mastering, preserving and promotion the Wing Chun of Wong Shun Leung. The latest evidence of this is the fine volume you hold in your hands." - Bey Logan, Esq. former editor of 'Combat' and 'Impact' magazines "I urge people who are interested in Wong as a teacher, fighter and philosopher to buy and read this fine book." - Sifu Jesse Glover first student of the late Bruce Lee "Full marks to my good friend and teacher, David Peterson, for producing this fascinating and inspiring book. It is truly a guide to personal reflection. I respectfully ask all Wing Chun enthusiasts, irrespective of their lineage, to let go of any judgments and prejudices they may hold, and to look toward and reflect on the universal truths that Sifu is pointing to... if they can do that, they will be amazed at the insights that they will generate for themselves and for Wing Chun."