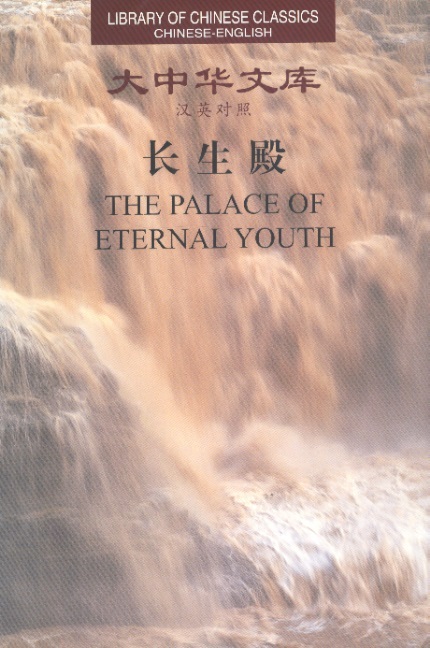 The historical opera The Palace of Eternal Youth, written by Hong Sheng (1645-1704) in the 27th year of Emperor Kangxi's reign (1688), is one of the masterpieces of ancient Chinese opera.
It tells the love story of Li Longji (reigned 712-756), a Tang Dynasty emperor of China, and his concubine Yang Yuhuan. The story, based on historical facts, had been told for generations, and Hong Sheng presented anew in this superb, moving opera the love story between the emperor and his concubine who wished to be 'two love-birds flying wing to wing, and on earth two trees with branches twined from spring to spring,' using an artistic method of interlacing reality to dream. At the same time, the work also reflects the complicated contradictions and clashes within and outside the court, giving a historical picture of the joys and sorrows of the people and the rise and fall of the country at that time. It was welcomed as the most outstanding and influential among the operas based on this theme immediately after its publication, and was widely copied and performed.
The opera, consisting of 50 scenes, has been translated into English, Japanese and Russian. This edition is the translation by Yang Xianyi and Gladys Yang from the Chinese text edited by Mr. Xu Shoufang.