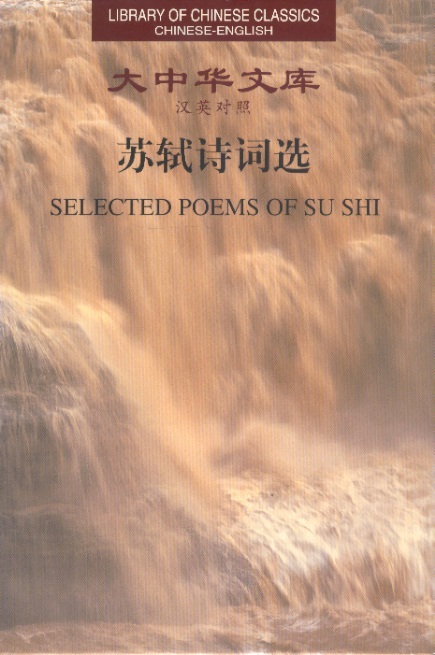 Su Shi (1037–1101) was a writer, poet, artist, calligrapher, pharmacologist, and statesman of the Song Dynasty, and one of the major poets of the Song era. His courtesy name was Zizhan and his pseudonym was Dongpo Jushi (Resident of Dongpo), and he is often referred to as Su Dongpo. Besides his renowned poetry, his other existent writings are of great value in the understanding of 11th century Chinese travel literature as well as details of the 11th century Chinese iron industry.

Su Shi was born in Meishan, near Mount Emei in what is now Sichuan province. Su's early education was conducted under a Taoist priest at a local village school. Later in his childhood, he studied under his mother, herself a highly educated woman. Su married at age 17. In 1057, when Su was 19, he and his brother Su Che passed the (highest-level) civil service examinations to attain the degree of jinshi, a prerequisite for high government office. His accomplishments at such a young age attracted the attention of Ouyang Xiu, who became Su's patron thereafter. Ouyang had already been known as an admirer of Su Xun, Su Shi's father, sanctioning his literary style at court and stating that no other pleased him more. When the 1057 jinshi examinations were given, Ouyang Xiu required—without prior notice—that candidates were to write in the ancient prose style when answering questions on the Confucian classics. The Su brothers gained high honors for what was deemed impeccable answers and achieved celebrity status.