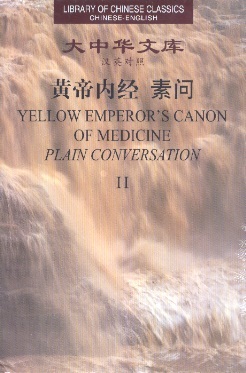 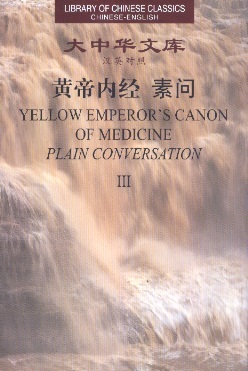 Huangdi Neijing also known as The Inner Canon of Huangdi or Yellow Emperor's Inner Canon, is an ancient Chinese medical text that has been treated as the fundamental doctrinal source for Chinese medicine for more than two millennia and until today. It is comparable in importance to the Hippocratic Corpus in Greek medicine or the works of Galen in Islamic and medieval European medicine. The work is composed of two texts each of eighty-one chapters or treatises in a question-and-answer format between the mythical Huangdi (Yellow Emperor or more correctly Yellow Thearch) and six of his equally legendary ministers. The first text, the Suwen (Plain Conversation), also known as Basic Questions, covers the theoretical foundation of Chinese Medicine and its diagnostic methods. The second and generally less referred-to text, the Lingshu (Spiritual Pivot), discusses acupuncture therapy in great detail. Collectively, these two texts are known as the Neijing or Huangdi Neijing. In practice, however, the title Neijing often refers only to the more influential Suwen. Two other texts also carried the prefix Huangdi neijing in their titles: the Mingtang and the Taisu , both of which have survived only partially. Overview The earliest mention of the Huangdi neijing was in the bibliographical chapter of the Hanshu, next to a Huangdi waijing that is now lost. A scholar-physician called Huangfu Mi was the first to claim that the Huangdi neijing in 18 juan (or volumes) that was listed in the Hanshu bibliography corresponded with two different books that circulated in his own time: the Suwen and the Zhenjing , each in 9 juan. Since scholars believe that Zhenjing was one of the Lingshu's earlier titles, they agree that the Han-dynasty Huangdi neijing was made of two different texts that are close in content to the works we know today as the Suwen and the Lingshu. The Yellow Emperor's Inner Classic is the most important ancient text in Chinese medicine as well as a major book of Daoist theory and lifestyle....