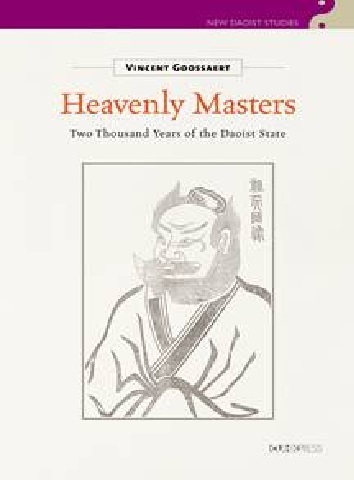 The origins of modern Daoism can be traced to the Church of the Heavenly Master (Tianshidao), reputedly established by the formidable Zhang Daoling. In 142 CE, according to Daoist tradition, Zhang was visited by the Lord on High, who named him his vicar on Earth with the title Heavenly Master. The dispensation articulated an eschatological vision of saving initiates—the pure, those destined to become immortals— by enforcing a strict moral code. Under evolving forms, Tianshidao has remained central to Chinese society, and Daoist priests have upheld their spiritual allegiance to Zhang, their now divinized founder. This book tells the story of the longue durée evolution of the Heavenly Master leadership and institution.

Later hagiography credits Zhang Daoling’s great-grandson, putatively the fourth Heavenly Master, with settling the family at Longhushan (Dragon and Tiger Mountain); in time his descendants—down to the present contested sixty-fifth Heavenly Master living in Taiwan— made the extraordinary claim of being able to transmit hereditarily the function of the Heavenly Master and the power to grant salvation. Over the next twelve centuries, the Zhangs turned Longhushan into a major holy site and a household name in the Chinese world, and constructed a large administrative center for the bureaucratic management of Chinese society. They gradually built the Heavenly Master institution, which included a sacred site; a patriarchal line of successive Heavenly Masters wielding vast monopolistic powers to ordain humans and gods; a Zhang lineage that nurtured talent and accumulated wealth; and a bureaucratic apparatus comprised of temples, training centers, and a clerical hierarchy. So well-designed was this institution that it remained stable for more than a millennium, far outlasting the longest dynasties, and had ramifications for every city and village in imperial China.

In this ambitious work, Vincent Goossaert traces the Heavenly Master bureaucracy from medieval times to the modern Chinese nation-state as well as its expansion. His in-depth portraits of influential Heavenly Masters are skillfully embedded in a large-scale analysis of the institution and its rules, ideology, and vision of society.