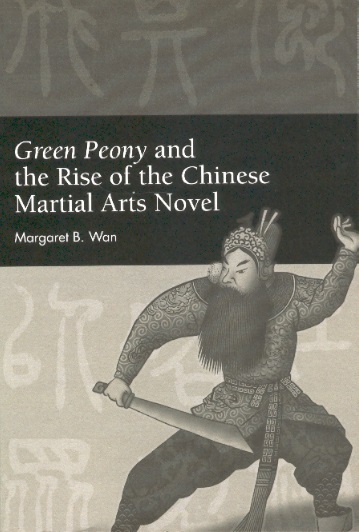 Green Peony & the Rise of the Chinese Martial Arts Novel

Martial arts fiction has been synonymous with popular fiction in China from the Qing dynasty on. This book, the first to trace the early development of the martial arts novel in China, demonstrates that the genre took shape nearly a century earlier than generally recognized. Green Peony (1800), one of the earliest martial arts novels, lies at the center of a web of literary relations connecting many of the significant genres of fiction in its day. Adapted from a drum ballad, Green Peony parodies both previous popular fiction and the great Ming novels, generating humorous reflection on their values. By focusing on popular fiction and popular culture, Margaret B. Wan argues for the relevance of genre to literary criticism, the convergence of "popular" and "elite" fiction in the nineteenth century, and a general turn from didacticism to entertainment. Literary scholars, historians, and anyone who wishes to know more about Chinese popular culture in the Qing dynasty will benefit from reading this book.