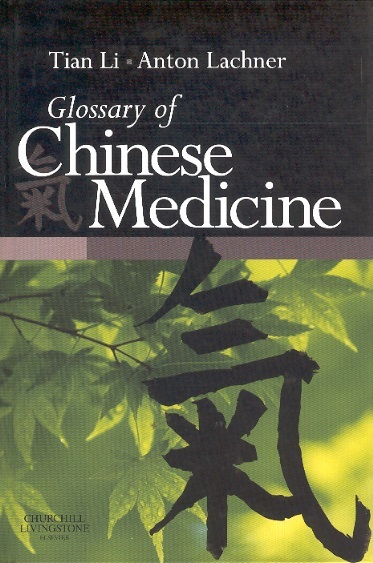 Anyone who learns the skills of acupuncture or who extends his knowledge of TCM is inevitably confronted with terms which hitherto had always meant something different to him or her. Take the use of the word "wind", for example, to refer to a pathogenic factor contributing to illnesses – rather than its sense as a climatic factor.

This difficulty is compounded by the fact that, in most books, these terms are not used in a clear and uniform way. One of the many examples is the Chinese term "xu" which is translated as "insufficiency" but also as "deficiency" or "severity" and is often not even used consistently within one and the same publication.

This glossary presents all the Chinese terms (in Chinese characters and in Pinyin script) that are relevant to TCM and provides their English translations.

It also provides an explanation of how, for example, the location or the function of an acupuncture point can be concluded from its name.

• Teaches the reader to correctly pronounce important terms from TCM, which are increasingly used in pinyin transcription
• The significance of TCM concepts provide explanations for the function of points and medications
• Written by leading experts in the field
• Attractive design throughout