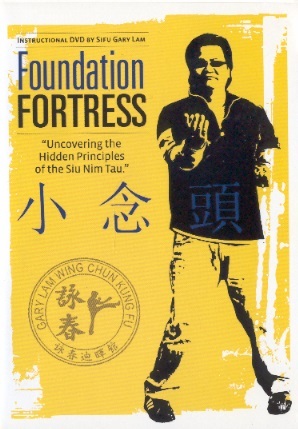 For many Wing Chun practitioners, the Siu Nim Tau form is the first thing they learn. Time is taken to learn each movement of the form, as well as its application and execution. But is this enough? No, it is not. Although it is known as Wing Chun’s most basic forms, the Siu Nim Tau is loaded with information that can not be acquired by merely memorizing the form itself.

At its core, the Siu Nim Tau is fraught with bionic information that can only be harnessed through years of practice. For the first time ever on DVD, Sifu Gary Lam explores the underlying structures and principles inherent within the Siu Nim Tau form. He uncovers the subtleties of the Siu Nim Tau that can mean the difference between victory and defeat in the combat arena. In addition, he reveals the six basic actions to “borrow power from the ground”. If you think you know everything there is to know about the Siu Nim Tau, be forewarned, you have only been scraping the surface.

For the seasoned Wing Chun practitioner as well as the novice, “Foundation Fortress: Uncovering the Hidden Principles of the Siu Nim Tau”, is a must for everyone looking to master the art and science of Wing Chun kung fu.