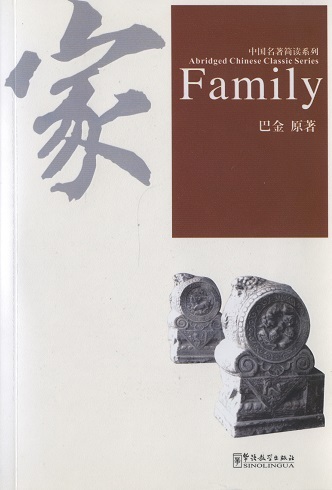 This is an abridged version of the first of the trilogy The Torrents: Family, Spring, Autumn, masterpiece of Ba Jin, one of the great writers of modern Chinese literature. The trilogy recounts the decline of a large feudal family following the May Fourth Movement of 1919. Using the conflicts among three generations of the Gao family as the main threads, Family exposes the darkness and decadence of the feudal society. The author relentlessly castigates the hypocritical and malicious feudal apologists such as the Venerable Masters Gao and Feng, eulogizes Gao Juehui and others of the awakening young generation who rebel against feudalism, and expresses deep sympathy for those who became victims of feudal moral ethics. The abridged version, approximately 1/10 of the original, can be read by elementary level students of Chinese with a 2,000-word vocabulary or can be used as an aid to reading the original. Each chapter is followed by a list of words and commentary notes both in Chinese and English, and several study questions.