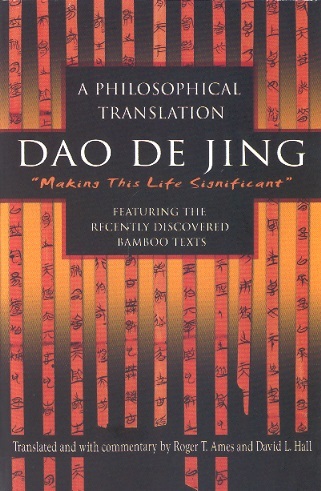 In 1993, archaeologists unearthed a set of ancient bamboo scrolls that contained the earliest known version of the Dao de jing. Composed more than two thousand years ago, this life-changing document offers a regimen of self-cultivation to attain personal excellence and revitalize moral behavior. Now in this luminous new translation, renowned China scholars Roger T. Ames and David L. Hall bring the timeless wisdom of the Dao de jing into our contemporary world.

In this elegant volume, Ames and Hall feature the original Chinese texts of the Dao de jing and translate them into crisp, chiseled English that reads like poetry. Each of the eighty-one brief chapters is followed by clear, thought-provoking commentary exploring the layers of meaning in the text. This new version of one of the world’s most influential documents will stand as both a compelling introduction to Daoist thought and as the classic modern English translation.