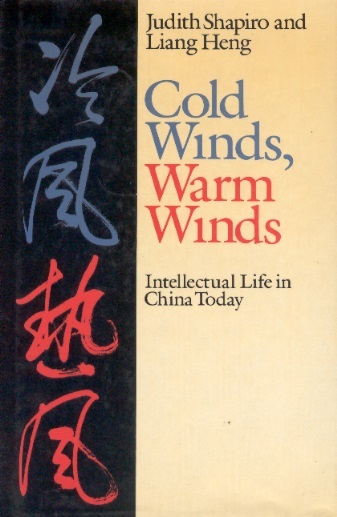 The Shapiro-Liang team (they are husband and wife) wrote Son of the Revolution and After the Nightmare. On trips in 1983 and 1985, they researched the climate of intellectual freedom in China and this short, boldly opinionated book covers the changes in the climate of intellectual freedom since Mao's death; the sudden and shocking "winter" of 1980, which signaled an ideological campaign against "spiritual pollution," and the new "warm winds" of relative intellectual freedom the authors found in 1985. Presumably, these shifts in China's political-cultural-intellectual climate reflect the aging Deng's compromises with vestigially powerful Maoist factions in his governmenta scene the authors unfortunately leave in shadow as they offer an overview of what has been happening in Chinain occupational freedom, literature, the performing arts and the press.