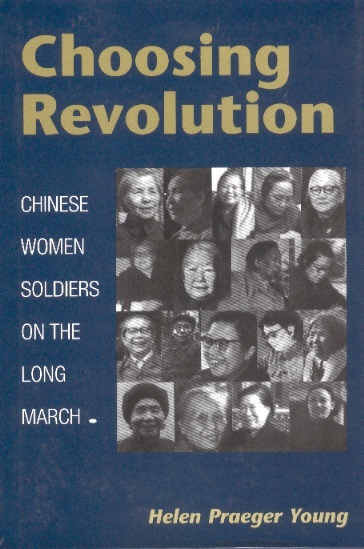 Some two thousand women participated in the Long March, but their experience of this seminal event in the history of Communist China is rarely represented. In Choosing Revolution, Helen Praeger Young presents her interviews with twenty-two veterans of the Red Army's legendary 6,000-mile "retreat to victory" before the advancing Nationalist Army.
Enormously rich in detail, Young's Choosing Revolution reveals the complex interplay between women's experiences and the official, almost mythic version of the Long March. In addition to their riveting stories of the march itself, Young's subjects reveal much about what it meant in China to grow up female and, in many cases, poor during the first decades of the twentieth century. In speaking about the work they did and how they adapted to the demands of being a soldier, these women--both educated individuals who were well-known leaders and illiterate peasants--reveal the Long March as only one of many segments of the revolutionary paths they chose.
Against a background of diverse perspectives on the Long March, Young presents the experiences of four women in detail: one who brought her infant daughter with her on the Long March, one who gave birth during the march, one who was a child participant, and one who attended medical school during the march. Young also includes the stories of three women who did not finish the Long March. Her unique record of ordinary women in revolutionary circumstances reveals the tenacity and resilience that led these individuals far beyond the limits of most Chinese women's lives.