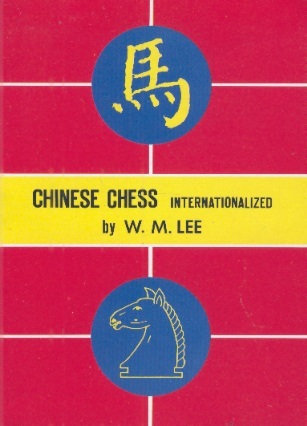 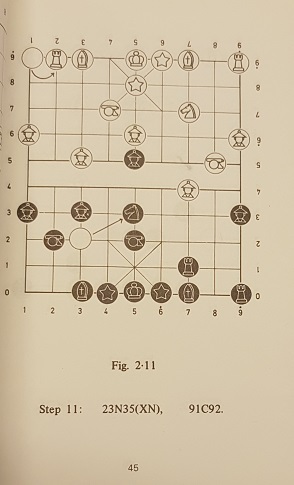 A Singapore financial executive Mr. Lee Wai-Mun has unravelled the intricacies of Chinese Chess, making it comprehensible to Non-Chinese. The main ingredients in this "MADE EASY" exercise are the introduction of pictures instead of Chinese characters now used on the pieces and the replacement of the present system of reporting moves with an ALPHA-NUMERIC code.

The game has the same number of chessmen -32- as the present international game, but uses discs with Chinese language characters. The pictorial symbols that have replaced Chinese characters are akin to the western denomination: For exeample, "CHIANG" (KING) is symbolized by CROWN, "MA" (HORSE) becomes KNIGHT and "HSIANG" (ELEPHANT) becomes BISHOP. But there are two pieces in Chinese Chess which do not find their places in the Western system. They are "SI" (COUNSELLOR or VIZIER) which Mr. Lee has symbolized into a FIVE-POINT STAR, and the "PAO" (MORTAR) which has been simplified as the GUNNER, the symbol appropriately featuring a mounted cannon. Mr. Lee has worked out an Anglicized system for reporting the moves in numbers and Latin alphabet letters.