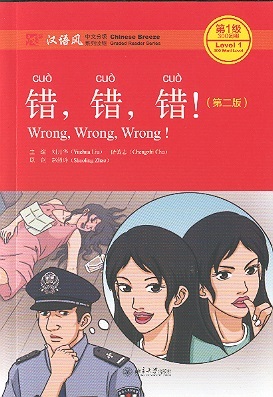 June 8. Beijing. A pretty girl lies dead on the floor of her luxury home. A slip of paper found on her body reads, "I am tired. Let me leave..." At the bottom of the slip is a signature: Lin Shuang-shuang.

Chinese Breeze is a well-crafted series of entertaining Chinese graded readers designed for college and high school students. The series offers language learners at all levels the opportunity to read for pleasure while simultaneously developing reading comprehension skills, building confidence, and increasing motivation.

Each text is presented in simplified characters. New vocabulary words with pinyin and English definitions are provided in the footnotes. Audio recordings of each text can be streamed by scanning the QR code on the back of each book.