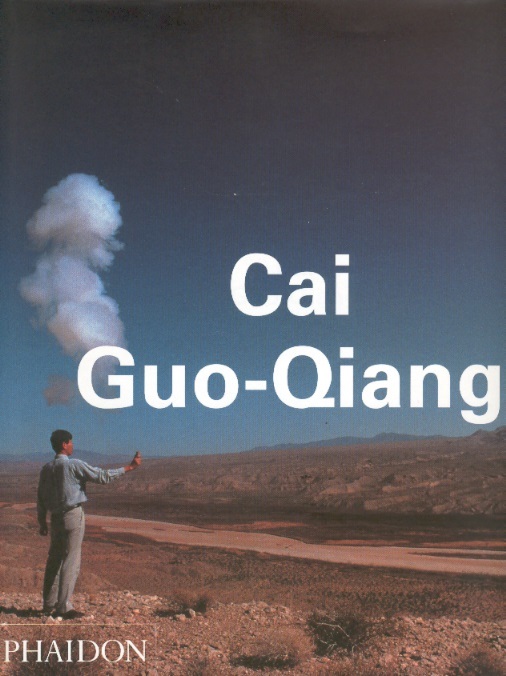 Cai Guo-Qiang was born in Quanzhou, China, in 1960, and lived in Tokyo from 1985 to 1995, before moving to New York. During the 1990s he emerged on to the international art scene and has become a major figure of contemporary Chinese art. He has made projects in all the inhabited continents of the world. Cai's early works from the 1980s took the form of oil paintings, but these gradually evolved as he became interested in harnessing the power of nature to develop his work in new and unusual ways. His early experiments included making rubbings from rocks and trees on the canvas before painting it, and using exploding gunpowder to mark and scorch the canvas. This interest in location is fundamental to the artist's work, which frequently alters or develops as it is exhibited at new sites. Cai's background includes acting in martial arts films and training in theatre design, through which he developed a consistent interest in space and time. He has continued to use gunpowder in his works, creating breathtaking spectacles on a large scale.

For No Destruction, No Construction: Bombing the Taiwan Museum of Art (1998) a 2,500-metre line of gunpowder and fuses was laid across the roof of the museum, down through the galleries and out into the square in front, then ignited. The resulting scorch marks on the columns at the museum's entrance are now part of its permanent collection. Perhaps the artist's best-known work is the Venice Rent Collection Courtyard (1999), which reconstructed a little-known clay tableau produced in China during the cultural revolution (The Rent Collection Courtyard, c.1965). The original work, which aimed to show the benefits of the new system over feudalism, toured China during the 1960s and 70s and depicted heroic rice farmers tyrannized by rapacious landlords. In Cai's version the clay was left unfired so that it gradually disintegrated during the course of the 1999 Venice Biennale, where it was first shown. In the Survey, curator and critic Dana Friis-Hansen traces the development of the artist's work from the early oil paintings, produced while he was living in China, to the complex and ambitious projects he now conducts worldwide. New York-based curator Octavio Zaya discusses with the artist his working practices and the continuity of his attitude towards his work. In the Focus, curator Seriwaja Takashi analyses a single work from the artist's Projects for Extraterrestrials series, Project to Extend the Great Wall of China by 10,000 Meters (1993).

For the Artist's Choice, Cai has selected the contents page from Warfare Beyond Rules: Judgement of War and Methods of War in the Era of Globalization (1999) by Qiao Liang and Wang Xianhui. The book's exploration of diverse strategies reflects the eclectic nature of the artist's work. Cai Guo-Qiang's writings range from project notes, which detail the methods and thinking behind his works, to a new text on his unrealized projects and the role of chance in the creative process.