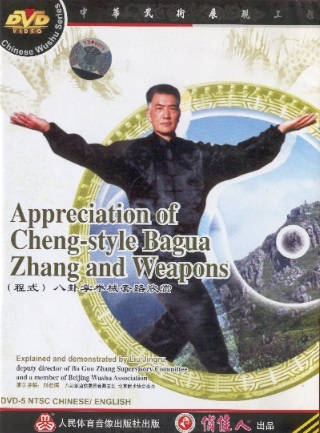 liu jingru was born on july 5, 1936 in gaoyang county of hebei province, china. he is now 68 years old and is the 8 duan the chinese wushu duan wei sytem in 1947, liu's family moved to beijing. in 1957 he began to learn baguazhang and xingyiquan under luo xingwu, the disciple of li wen biao who, in turn is a student of cheng tinghua, founder of the cheng style baguazhang. liu also learn martial art under hao en guang, a student of li cun yi. thereafter, he continued his practice and learning under a number of illustrious wushu masters.

in 1962, liu learn luo xuan quan, also known as spiral boxing, and baguazhang from master qiu zhi he, a student of zhang zhankui. he learn yin style baguazhang from he zhongqi, and the six harmonies praying mantis boxing, from shan xiangling. at the same time, he was further guided by cheng youxin, liu tanfeng and wang wenkui to pursue his wushu career.

the careful guidance of liu jing ru's masters and his own studious practice brought their rewards. in 1963, aged 26, liu participated in the beijing city wushu competition and won his first championship and award in both xingyiquan and baguazhang. for many times liu won championship in performing the baguazhang at many other chinese traditional martial arts competitions.

in 1979, liu participated in the wushu exchange event held in nannin, the capital city of the guangxi province. this event was of particular importance because it was the largest wushu competition that had been organized in china since the cultural revolution started (1966). many wushu masters participated. the average age of the competitions was 47 at 43 and considered a youngster, liu won the gold medal in baguazhang. in 1980, in the second exchange held in taiyuan, shanxi province he won another gold medal.