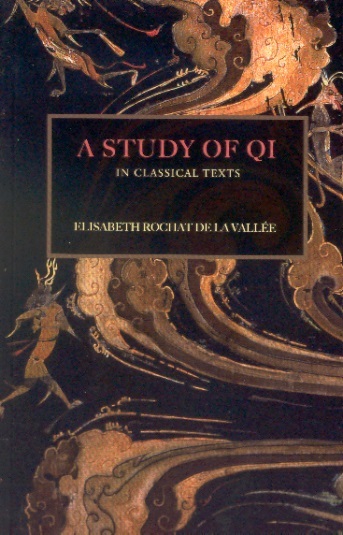 A Study of Qi in Classical Texts

This book is an edited transcript of two seminars given in 2004 in London by Elisabeth Rochat de la Vallée. It not only contains detailed descriptions of the various differentiated kinds of qi, but also a wide-ranging philosophical investigation and explanation of the origin and development of the concept of qi itself. It begins by looking at the historical evolution and use of the Chinese character for qi, and goes on to discuss how qi appears in philosophical texts such as the Zuozhuan, Zhuangzi, Mencius and the Huainanzi, and in the medical texts of the Neijing and Nanjing. These give context and depth to our understanding of this ever-present but elusive activity of life.